What Are The Most Expensive Cars To Insure?

If you’re thinking about purchasing a car, whether it’s brand new or new to you, consider the insurance rates. Of course, there are other factors that go into determining auto insurance rates like your driving history and how often you drive. But, the make and model of your car attests to the amount of risk the insurance company assumes. If you drive an expensive car, you will need a higher coverage limit. This is going to cost more because the insurance company will be forced to pay more on a total loss. Often, expensive cars are equally as expensive to repair, even with minor damage. 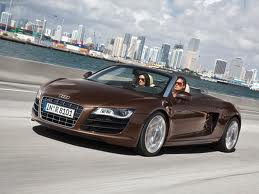 Insurance companies also take things like safety and crash ratings into consideration. A vehicle that performs poorly on a crash test may be subject to higher premiums but if safety is a top priority for you, that may not be an ideal vehicle match in the first place. Take a look at vehicle theft as well. If your car is more likely to be stolen, your rates may be higher than you thought. Surprisingly, the cars that are stolen most aren’t luxury vehicles but those most common to the population. But, luxury cars may steal your insurance budget.

Here are some of the most expensive cars to insure:

If you desire luxury but want to save on insurance, ask your agent if discounts are available.