You can have a stellar driving record and be a safe, experienced driver, but if you live in New York City, your insurance rates will still probably be through the roof. As unfair as it may be, insurance companies don’t base premiums strictly on merit. The zip code in which you live plays a dramatic role on the amount that you’ll ultimately pay. For a variety of reasons, New York City zip codes have some of the highest rates in the country. Many residents of the city eschew cars altogether. Those who don’t, though, should be prepared to pay top dollar to maintain coverage. 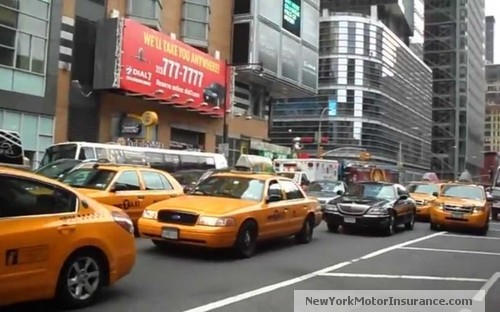 The primary culprit behind exorbitant auto insurance premiums in the Bronx, Brooklyn and other New York City boroughs is territorial rating. Insurance companies ostensibly use this practice to assess the risk that goes along with insuring vehicles in specific areas. A car that is parked overnight out in the country is less likely to generate claims than one that is parked in a cramped, urban environment. When CarInsurance.com analyzed the most expensive cities for car insurance, the resulting top-ten list included Brooklyn and the Bronx, where annual car insurance premiums averaged $3,819 and $3,443 respectively.

Several factors are used to assign base insurance rates to different zip codes. The three most significant ones are:

Despite the fact that car theft rates have dropped dramatically in the last few decades, auto insurance rates in New York City continue to climb. Some people decry this phenomenon as a way for insurance companies to punish low-income people, who tend to make up the bulk of the population in such areas. New York City officials recently tried to petition insurance companies to reduce these base insurance rates, but their efforts fell on deaf ears. There is no way to predict whether base car insurance rates in the city will continue to rise, but they’re more likely to do that than to drop out of the blue.

There’s no way to live in New York City and avoid astronomical base car insurance rates. If you live in Brooklyn, the Bronx or any of the other five boroughs, your premiums will automatically be way higher than the national average. Like most New Yorkers, moving probably isn’t something you’d even consider. The only thing to do is to be diligent about shopping around for auto insurance. By collecting as many quotes as possible, you should be able to find a policy that’s reasonably affordable. Just don’t expect to enjoy the same rates as someone who lives in Bullhead City, AZ, where the average annual auto insurance premium is just $730.