Why Is Car Insurance So Expensive In New York State?

Why Premiums Are So High In New York 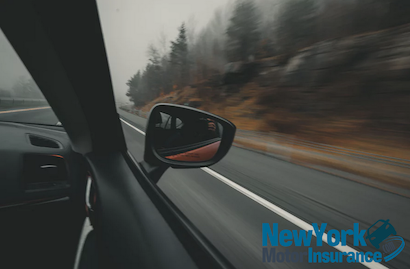 There are a key few reasons why car insurance is so expensive in New York state. New York is home to New York City, as well as several other high-density cities, and that presents certain risks. When companies are determining insurance prices, the main thing they consider is how high their chances are of having to pay out a claim. These are all risk factors that are higher in New York than in other places.

It’s essential to keep in mind that New York state not only requires drivers to have basic liability insurance, but also requires that they carry uninsured motorist coverage, personal injury coverage, and property damage coverage. This alone would drive up the price of insurance no matter where you live, but in New York, it makes premiums particularly steep.

Because of the limiting prices of car insurance in New York, many people in the city opted not to have a car and to take public transportation. Even cities upstate like Buffalo have their own public transit systems, and you can take regional trains between cities. Many people find this to be a more viable option than buying car insurance, mainly when the cost of parking your car in New York City is so expensive. Many people have raised the critical question of why insurance rates have stayed so high even after the crime rate in the city has dropped drastically, and while insurance companies have not provided a clear answer on this, it is interesting to note.

Keeping Your Insurance Costs Down In New York

If you move to New York, it’s important to be prepared for the fact that your insurance prices will go up, no matter what you do. However, there are certain things you can keep in mind that will help you get a better deal. Here are some key factors.