Can You Get Insurance After An Accident?

In most states in the USA, driving without insurance is illegal. Having insurance means that you are assuring the state that you can pay for the damages in case of a collision that you caused. But if you do not have insurance coverage, it means you will likely have to pay for the damages yourself. This, by no means, is a cheap prospect. But if you have an accident while not being covered by insurance, is there a chance you can get insurance after? This is known as backdated insurance and is a little more complicated than you think.

What Is Backdated Insurance?

Is It Possible to Get? 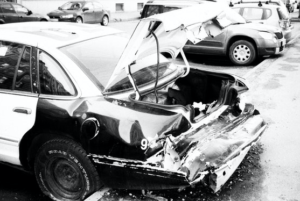 This section deals with the crux of the question — is it possible to get backdated insurance? In most cases, it is not. Any insurance company that agrees to provide an insurance package to you will also be looking at their own profits. If you are allowed to get backdated insurance, it would mean the insurance company will be sure to incur a loss. Having insurance is a safety net in the event that you get into an accident. But in this case, you know for a fact that there has been an accident. Entering an arrangement with you guarantees that the company will have to pay for the damages in the accident (which has already occurred). This is not a profitable arrangement for any insurance company and it is unlikely that any company would offer such insurance coverage.

Besides, if a company were to offer such an arrangement, more and more people who were in accidents without insurance coverage will try to avail the advantages of such coverage. This will only accrue in a loss for the insurance company.

If you notice, insurance companies also have a hierarchy of driver types. When you are being assessed for insurance, you will be designated a certain driver risk. Only if you have a low driver risk will most companies offer attractive insurance coverage. This is because the company would like to reduce the probability of an accident and paying for the said accident. But in the case of backdated insurance, the odds are not in the insurance company’s favor.

What Are Your Options?

Now that you know backdated insurance is not something most insurance companies offer, what are your options? Honestly, there is not much that you can do if you did not have insurance at the time of an accident. Most states legally require a driver to have car insurance if they are going to take the car out on the road. So there is not much you can do to protect yourself if you flouted the law in the first place and then also happened to get into an accident. But here are a few options you could consider:

Now, this probably does not sound like a viable solution, especially if you neglected to get insurance because you were strapped for cash, but this is your best bet. Just pay out the damages and work on getting your car insured once the payments have already been made. At the moment, do what you can to scrape up the money to pay for the damage. If your credit score permits it, apply for a loan. Getting a bank loan will also allow you to pay the money off in steady installments, which will be better for your cash flow instead of paying a lump sum amount back.

If you have a helpful friend or two or family members who can step in, you can also borrow money and have a flexible arrangement with them to pay it back when you can. This is not a glamorous option since it also means that you could get in legal trouble for admitting you didn’t have insurance at the time of the accident. But it is best to put this episode behind you so you can improve your record and get insurance coverage for your car.

But this is advice you have probably received already. It’s best to stay on top of your payments and ensure you always have your insurance coverage.

It Could Become a Legal Issue

While a lot that has been described above may not be something you want to hear if you are in such a situation, driving without insurance has its repercussions. It’s best to own up and handle the situation you are in by paying out of pocket for the damages and any possible fines and try to move on. Once this chapter has ended, you should work on your record and steady your finances in order to get good insurance coverage. While there will be expenses you will need to incur, the price of driving with no insurance is much higher.