What is no-fault auto insurance? What are the no-fault insurance laws in New York State? Below, we explain what no-fault means and how it applies to all drivers in New York.

The Implementation of No-Fault Laws in New York

New York became a no-fault insurance state in the 1970s when the No-Fault Law was enacted. This law aimed to protect drivers by ensuring that insurance companies would cover the cost of damages associated with legitimate car accidents. Under this law, car insurance providers reimburse those that they insure no matter who is responsible for an accident.

The purpose of New York’s no-fault law is to expedite the compensation those who are injured in a car accident receive by preventing them from having to dispute who was at fault. Damages include medical bills, lost wages, and other expenses that are related to medical needs that occur because of a vehicle accident. 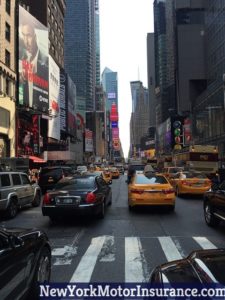 Should an accident occur, no-fault insurance will cover 80 percent of the gross wages that an individual loses as a result of an accident, the maximum amount being $2,000 a month; the 20 percent that isn’t covered is intended to replicate taxes. As such, no-fault payments aren’t taxable.

Any medical supplies that are needed as a result of an accident-related injury, such as a wheelchair, a walker, or crutches, as well as the cost of driving to and from doctors’ appointments may also be covered. Additionally, if you are unable to perform certain chores while you are injured and have to pay someone else to do them, you may also be reimbursed for these payments.

Who is Eligible for New York’s No-Fault Insurance Benefits?

In order to be eligible for New York’s no-fault insurance benefits, you must meet the following criteria:

Additionally, in order to qualify for no-fault coverage in the state of New York, the following criteria apply:

Who is Not Eligible for New York’s No-Fault Auto Insurance?

Typically, those who are not covered by no-fault coverage include the following:

Filing for a No-Fault Claim

There are several steps that must be followed when filing a no-fault insurance claim. Though the purpose of the no-fault law was to ease the burden of those who are injured in motor vehicle accidents and expedite the money they receive for medical needs, there have been several incidents of insurance fraud.

As such, insurance companies are very strict with the requirements for filing a claim. Should you miss a filing date or a doctor’s appointment, you can be denied benefits. As such, it is important to ensure that you adhere to the steps that are required when filing a claim: