Why is auto insurance so expensive for young drivers?

Finally, you have cut through all the red tape to finally get your new drivers license. You shelled out big bucks for a car and now you need insurance. Of course, you realize it is illegal to hit the streets without insurance. You might also know that insurance rates are based on how likely you are statistically to get into an accident, and being a first-time driver, the numbers are not on your side.

According to a study prepared by the Institute For Traffic Safety Management and Research:

Young Drivers Are Riskier To Insure 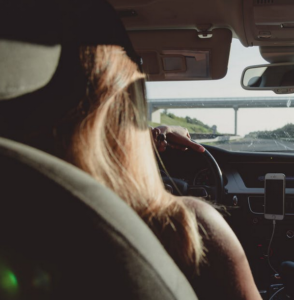 Statistically, in all age groups, a higher percentage of male drivers are involved in a crash, but this percentage is even higher in the young driver group as compared to their female counterparts.

In light of these trends, it is understandable that insurance companies tend to treat young drivers as a special case of a high-risk client.

It bears stating that alcohol or drug impairment violations on a young drivers record would negatively impact their insurance rates. The fact that 2% of police-reported crashes involving young drivers involved alcohol impairment is even more disturbing when we consider these drivers are not even legally able to purchase alcohol in the state.

Anything a young driver can do to avoid showing up in these statistics would greatly increase the chance of maintaining affordable insurance coverage.

Auto insurance companies use many rating factors to determine your rates. Let’s look at some of the most common ones through the lens of a young driver. If young drivers can make improvements in any of the following areas, they may gain additional savings on their insurance rates.

How Young Drivers Can Save On Insurance Costs

Looking at the statistics and then taking a look at the factors insurance companies use to set premiums, it seems understandable that insurance companies charge a bit more for younger drivers. Luckily, there are many areas listed in the rating factors that young drivers can use to lower their rates. Avoiding accidents and not having to file a claim will go a long way towards keeping your insurance rates manageable.

Additionally, if a young driver is able to stick it out for the long haul and make it beyond the age of 24 without any major mishaps, there is some relief in sight as insurance companies tend to give drivers over 24 a break.

Here at NewYorkMotorInsurance.com, we work hard with many insurance providers to get young drivers the best rates. For additional tips on how young drivers can save on insurance, check out our post on how to lower insurance rates for teens.

To read more about auto insurance in the state of New York, please read all of our helpful guides below.