How Much Does Car Insurance Go Up After An Accident?

Car insurance providers determine their rates based on how much of a risk they consider you to insure. The safer a driver you are, the lower your rates will usually be. Because of this, your rates will usually go up if you get in an accident. Insurers see an accident as an indication that you may not be a safe driver, and there’s a chance your rates could go up even if you weren’t totally at fault. While this can be unfair, knowing how accidents may affect your rates can at least help you be prepared.

Rates By State: New York vs. The US As A Whole 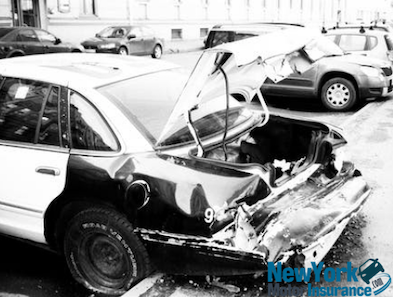 Alternatively, if you live in New York and you experience an accident, you’re in luck. Although New York has some of the highest rates for car insurance premiums, it actually has the lowest percentage of increase in premiums after an accident in the entire country. Insurers in New York take a variety of things into consideration when determining your premiums, which can actually help you out if you do get into an accident.

However, just because New York doesn’t raise premiums as much as other states doesn’t mean you should go filing claims left and right. While some insurers won’t raise your rates after an accident where you weren’t at fault, many of them will, and you don’t want to take that chance. There are a variety of different factors that go into making this decision, and it’s important to be choosy when determining when to file a claim.

When To File A Claim

The amount that your rates are going to increase will vary by company. You can actually look into their policies for increasing your coverage after an accident. The average increase nationwide is anywhere between 20 and 40 percent of the base rate, but in New York, the average increase is only around 12 percent. Your insurance company may have a tool online that allows you to simulate how much your rates would go up if you were to get in an accident.

Certain types of claims will raise your rates more than others. Bodily injury claims will usually raise your rates the most. This is because they can be very expensive for the insurance company, and they won’t want to take the risk of having to pay out another one in the future. Alternatively, comprehensive insurance claims, which cover a variety of different types of accidents and damage to your car, usually won’t affect your premiums as much, because these claims are often the result of random chance and not driver error.

If you are a very safe driver, you may qualify for a policy that has accident forgiveness as an added feature. Accident forgiveness is usually offered by the big national insurers, often as part of a loyalty plan, and it can be difficult to qualify. While some offer this policy to anyone with a spotless driving record, others reserve it for those that have been with them for several years. When you have accident forgiveness, the company is essentially promising that they won’t hike your rates at all after your first accident. However, you may need to pay more in premiums to get a policy with accident forgiveness, so you will have to do the math to find out if it’s going to be worth it in the long run.

Of course, the best way to avoid accidents is to practice safe driving habits. Avoid driving distracted or under the influence at all costs, and be sure to get your car checked regularly to prevent mechanical issues that could lead to an accident. If you live in a big city with public transit, you can also try reducing the amount you drive, which will statistically lower your chances of getting in an accident. If you do get in an accident, you may be able to get your rates back down again by taking a defensive driving course. In New York, you can take the Point and Insurance Reduction Program, which is a class that will qualify you for at least a 10 percent discount on your rates. And as always, if you feel like your insurance company is overcharging you, don’t be afraid to shop around.